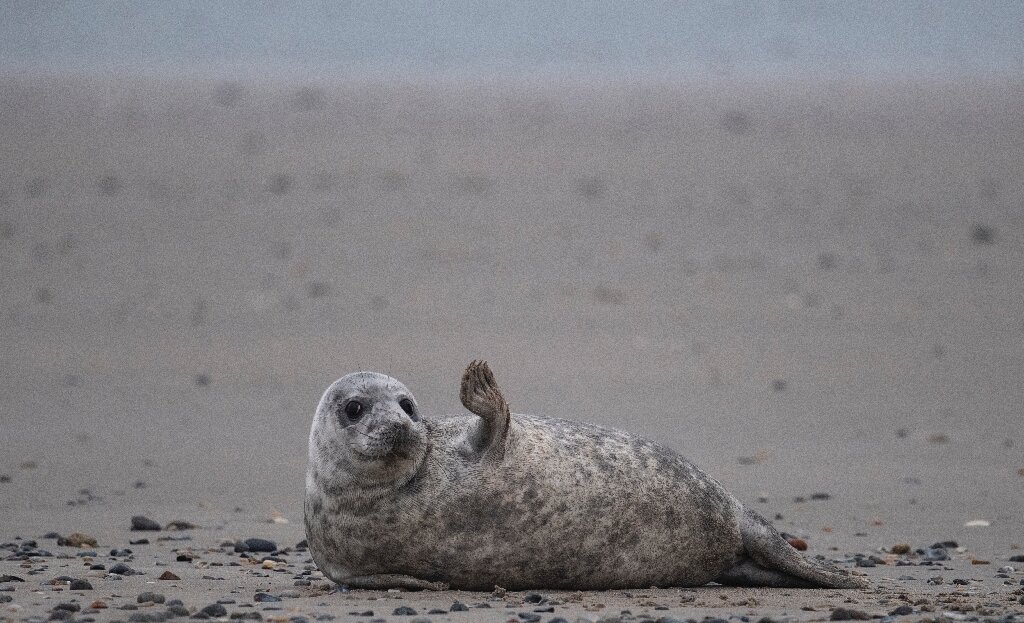 The birthplace of Germany’s national anthem and a practice bombing range for British airmen after World War II, Helgoland island in the North Sea turns cuddly at the turn of the year as grey seals arrive to give birth.

Dozens of tourists come each day to see the white-furred seal pups hop around the beach during the whelping season that lasts into January.

“They’re so close and so lively. I often watch them on TV, but it’s much more exciting to come here,” said Karin, who had made a long trip to the island, also spelled Heligoland in English, from Essen in western Germany.

But two local rangers and Jordsand volunteers must keep the excited fans at a distance of at least 30 metres (100 feet).

Adult seals can grow as large as 300 kilogrammes (660 pounds) and won’t hesitate to bite if they feel threatened.

“Sometimes, the tourists forget the restrictions and get too close. If the seals get too used to people, that has negative consequences in summer,” said ranger Ute Pausch.

“They’ll want to play in the water and they can injure swimmers.”

Wooden boardwalks have been set up to corral the tourists during whelping season.

The challenge has become all the greater as seal numbers have grown in response to rising water temperatures.

Now, “the seals are more and more numerous, I think it’s because there’s more food around,” said Elmar Ballstaedt, who works for the Jordsand society.

But potential negative effects of global warming could one day outweigh the bonanza for the sea-dwelling mammals, he warned.

In the nearer term, the seal year is just getting started on Helgoland.

After three weeks nursing with their mothers, the pups are left to fend for themselves in the North Sea.

But they return to the island in the spring to moult—and to take another turn in front of crowds of tourists and photographers.

US science agency: Selfies with seal pups a no-no