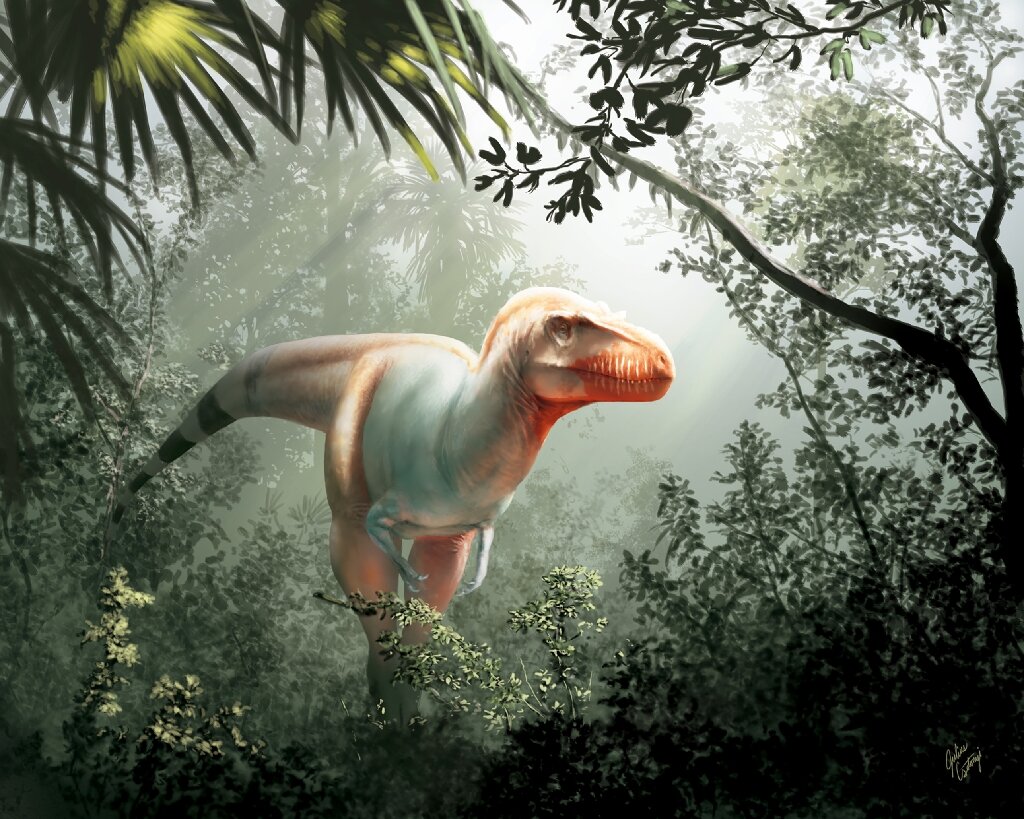 Scientists said Monday they had discovered a new species of dinosaur closely related to Tyrannosaurus rex that strode the plain of North America some 80 million years ago.

Thanatotheristes degrootorum—Greek for “Reaper of Death”—is thought to be the oldest member of the T-Rex family yet discovered in northern North America, and would have grown to around eight metres (26 feet) in length.

“We chose a name that embodies what this tyrannosaur was as the only known large apex predator of its time in Canada, the reaper of death,” Darla Zelenitsky, assistant professor of Dinosaur Palaeobiology at Canada’s University of Calgary.

“The nickname has come to be Thanatos,” she told AFP.

Whereas T-Rex—the most famous of all dinosaur species, immortalised in Steven Spielberg’s 1993 epic Jurassic Park—stalked its prey around 66 million years ago, Thanatos dates back at least 79 million years, the team said.

The specimen was discovered by Jared Voris, a PhD student at Calgary, and is the first new tyrannosaur species found for 50 years in Canada.

“There are very few species of tyrannosaurids, relatively speaking,” said Zelenitsky, co-author of the study that appeared in the journal Cretaceous Research.

“Because of the nature of the food chain these large apex predators were rare compared to herbivorous or plant-eating dinosaurs.”

The study found that Thanatos had a long, deep snout, similar to more primitive tyrannosaurs that lived in the southern United States.

The researchers suggested that the difference in tyrannosaur skull shapes between regions could have been down to differences in diet, and dependant on the prey available at the time.