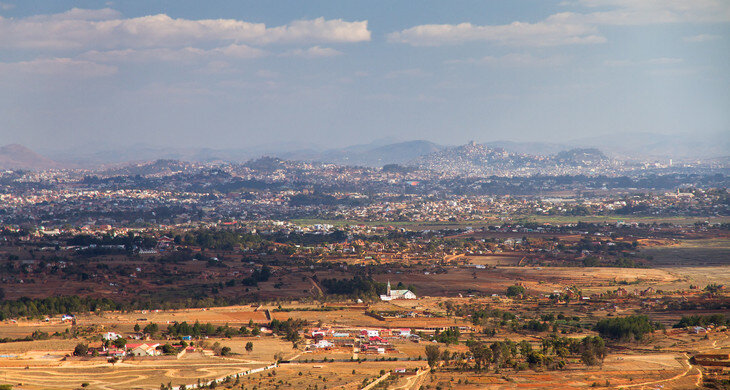 A team of researchers has confirmed that humans arrived on Madagascar about 11,000 years ago, much earlier than commonly accepted estimates of 2,000 years.

Kristina Douglass, assistant professor of anthropology in the College of the Liberal Arts and a faculty member in the Institutes of Energy and the Environment, led the team of researchers who worked on this project. She said the debate over when people came to Madagascar has long been contentious.

To settle this debate, Douglass and her team collected all of the radiocarbon dates that have ever been generated for archaeological sites on the African island. Their work resulted in the most comprehensive database of radiocarbon dates for the island.

“The African continent has some of the oldest human remains on record, some of which are millions of years old,” Douglass said. “Yet, previous research suggested that this huge island that is not that far off the coast of Africa doesn’t get settled by people until about 2,000 years ago.”

To determine the timeline of human settlement, the researchers used statistical models to rank the dates using specific criteria, including whether the dated samples were clearly associated with human activities and whether the samples came from long or short-lived species, so that both the reliability and precision of radiocarbon dates could be evaluated. This method of “chronometric hygiene” had never been done for Madagascar.

“We looked at the type of material to see whether or not there was built in error based on the type of material,” Douglass said. “We took all of those criteria that we called ‘quality control’ for those dates, and we fed that into a system where we ranked the dates to know which dates are the most reliable based on our criteria and which are the least reliable.”

What Douglass and her team suggest in their paper is that the 11,000-year estimate of human presence is reliable.

Despite the reliability of this early arrival estimate, it is still unclear whether the evidence from 11,000 years ago is from permanent human settlements or if humans just visited the island temporarily, Douglass said.

“Somebody could have floated over to Madagascar by accident and left some remains,” she said.

The team’s paper also supports current evidence that cities started to emerge on Madagascar about 1,000 years ago.

Douglass said that confirming the timeline of human settlement is important for historical reasons, but it also has critical meaning for today’s changing world.

“The bigger context of why this matters is because this island with some of the world’s greatest biodiversity hotspots is going through significant environmental change, today and within the last 2,000 years,” Douglass said. “A huge number of animals went extinct on the island about 1,000 years ago—pygmy hippos, giant elephant birds, man-sized lemurs, giant tortoises.”

Douglass said it is important for understanding today’s environmental challenges to determine if these animals went extinct rapidly after a short co-existence with newly arrived people or if the extinctions were a more complex, longer-term process, involving climate change and human activity.

“If people arrived 1,500 years ago, then within 500 years, all of these animals go extinct and all of these changes happen,” Douglass said. “If people arrived 11,000 years ago, people have been coexisting with these environments for a much longer time, so the changes we see may be less abrupt or may have been caused by a significant shift in how people were using the landscape.”

Douglass added that human presence should not be used as the only indication of whether an environment is going to change. Human activity should be considered within a constellation of human-environment-climate dynamics.

“If people were there 11,000 years ago and practicing a certain kind of subsistence, that might be very different from 1,000 years ago when Madagascar is swept into booming Indian Ocean trade networks and people start building ports and cities,” Douglass said. “That is when we start to see the extinctions happen.”

The paper was published in Quaternary Science Reviews.