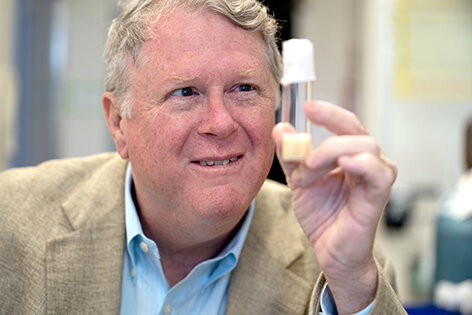 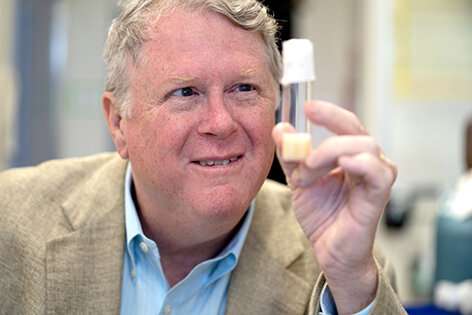 The study, led by Todd C. Holmes, Ph.D., a professor in the Department of Physiology and Biophysics at the UCI School of Medicine, is titled, “Distinct mechanisms of Drosophila CRYPTOCHROME mediated light-evoked membrane depolarization and in vivo clock resetting,” and was published in Proceedings of the National Academy of Sciences.

Phototransduction is relatively well characterized in the eyes and other external photoreceptors in animals for image-forming vision. Much less understood are phototransduction mechanisms in non-eye photosensitive cells, including central brain neurons. In the UCI School of Medicine-led study, researchers revealed how blue and ultra violet (UV) light create a sustained light response which is key to a form of non-image-forming vision that averages environmental light levels to determine the time of day and inform internal circadian processes. Red light evokes a light response but less sustained.

“Image-forming vision works so rapidly that humans and likely other animals perceive the visual world as a continuous process,” said Holmes. “Our eyes capture moment to moment changes in light that enable us to see objects and movement, even when moving from bright to dark surroundings. An entirely different type of vision, the non-image-forming vision, is important for informing us about the time of day, based on the color and intensity of light. It is a slower visual process that captures an average of light levels rather than moment to moment changes in light.”

“The protein ancestors of Cryptochromes were ultraviolet light-activated DNA repair enzymes that appeared in evolution well over 3 billion years ago before the appearance of our present day oxygen rich atmosphere that protects us from harmful ultraviolet radiation. These first light sensing mechanisms evolved when single cell organisms developed the ability to repair their DNA damaged from UV light after coming too close to the surface of water. At that time, there was no life on land. It is remarkable that this ancient form of non-image forming vision persists to the present day.”

Light is the primary regulator of circadian rhythms and evokes a wide range of time-of-day specific behaviors. By gaining an understanding of how insects respond to short wavelength light, researchers hope to develop new, environmentally friendly alternatives to controlling harmful insects, such as mosquitoes and flies, and reduce the need for toxic pesticides.