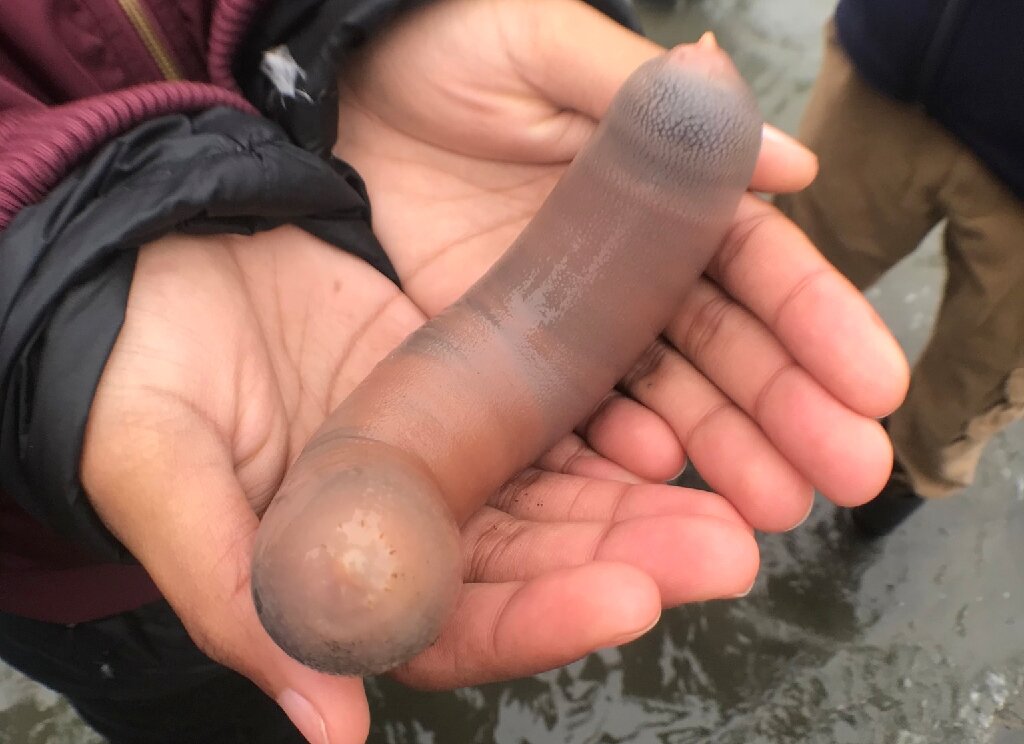 Thousands of marine worms dubbed “penis fish” for their shape and color appeared this week on a California beach after a strong winter storm exposed them.

Despite their eye-catching appearance, the pulsating worms which reach around 10 inches are adept at digging U-shaped burrows on beaches and marshes, using the tunnels to catch food.

Found almost exclusively in California, they are themselves considered a culinary delicacy in South Korea, with reputed aphrodisiac effects.

Parr explained in a column on the Bay Nature website this week that fossil evidence of the animals dates back at least 300 million years.

“They are preyed on by otters, flounders, sharks, rays, gulls, and humans,” the latter of whom eat them as sashimi, fried or grilled.

In this case the worms were caught out by heavy rain.

“We’re seeing the risk of building your home out of sand,” noted Parr.

“Strong storms… are perfectly capable of laying siege to the intertidal zone, breaking apart the sediments, and leaving their contents stranded on shore.

The beach is named after Francis Drake, who is believed to have landed here in 1579 during his circumnavigation of the globe.