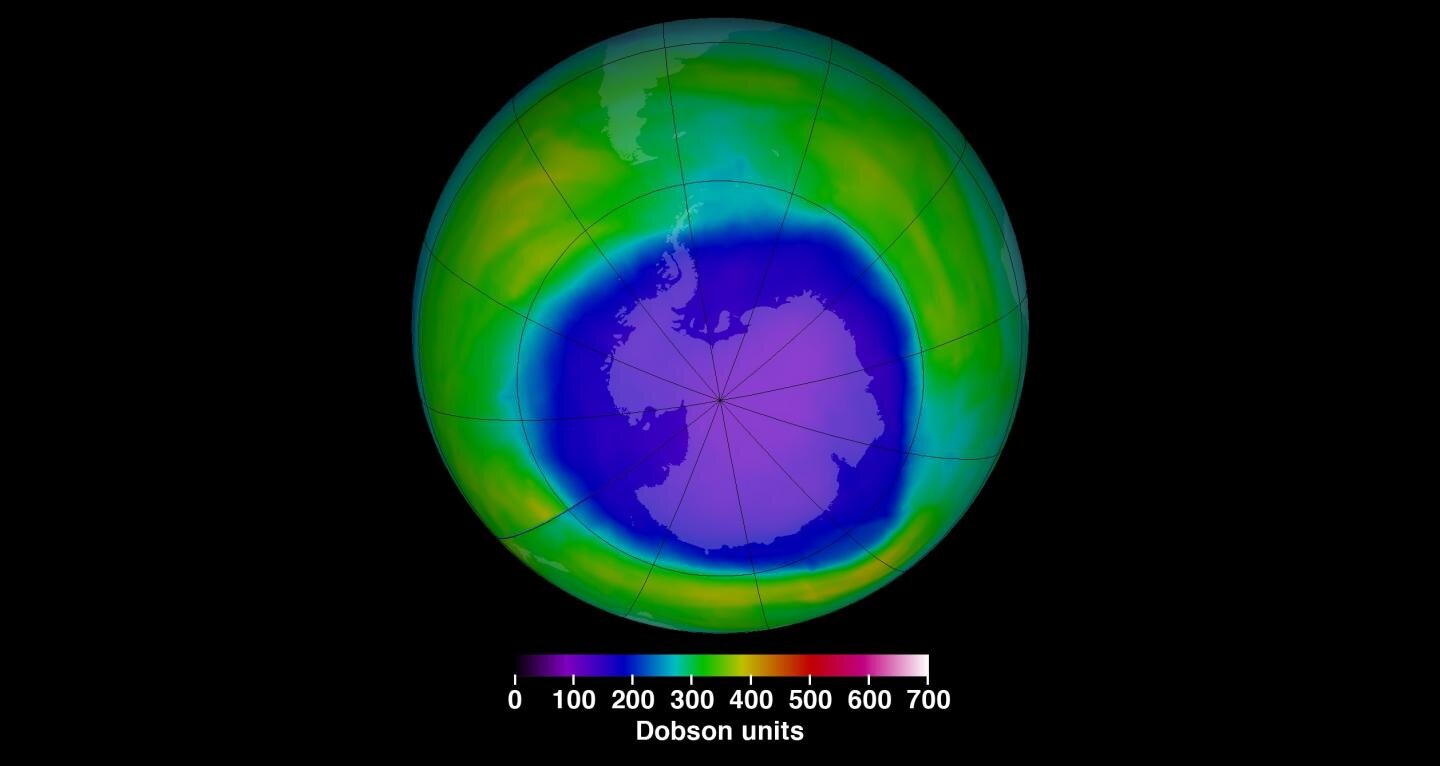 The Montreal Protocol, an international agreement signed in 1987 to stop chlorofluorocarbons (CFCs) destroying the ozone layer, now appears to be the first international treaty to successfully slow the rate of global warming.

New research published today in Environmental Research Letters has revealed that thanks to the Protocol, today’s global temperatures are considerably lower. And by mid-century the Earth will be—on average—at least 1°C cooler than it would have been without the agreement. Mitigation is even greater in regions such as the Arctic, where the avoided warming will be as much as 3°C—4°C.

“By mass CFCs are thousands of times more potent a greenhouse gas compared to CO2, so the Montreal Protocol not only saved the ozone layer but it also mitigated a substantial fraction of global warming,” said lead author of the paper Rishav Goyal.

“Remarkably, the Protocol has had a far greater impact on global warming than the Kyoto Agreement, which was specifically designed to reduce greenhouse gases. Action taken as part of the Kyoto Agreement will only reduce temperatures by 0.12°C by the middle of the century—compared to a full 1°C of mitigation from the Montreal Protocol.”

The findings were made inadvertently when the team set out to quantify how the Montreal Protocol had affected atmospheric circulation around Antarctica. To get their results, the researchers modelled global climate under two scenarios of atmospheric chemistry—one with, and one without the Montreal Protocol being enacted. They then extended these simulations into the future using conservative estimates for unmitigated CFC emissions—set to 3% growth per annum, much less than the observed CFC growth rates at the time of establishment of the Montreal Protocol. Their results therefore likely underestimate the actual impact of the international treaty to reduce CFCs.

The success of the Montreal Protocol in mitigating climate change is even more striking when focusing on regional domains. For example, warming of between 0.5°C—1°C has already been avoided over North America, Africa and Eurasia. By midcentury avoided warming in some of these areas will be 1.5°C—2°C and over the Arctic avoided warming will be as much as 3°C—4°C.

The researchers also found an amount of avoided ice melt due to the Protocol, with the extent of sea ice around the Arctic during summer around 25% greater today than it would have been without any reduction in CFC emissions. The avoided warming over Greenland also suggests that the observed accelerating ice sheet melt there and the associated sea level rise has also been reduced by the Protocol.

“Without any fanfare the Montreal Protocol has been mitigating global warming impacts for more than three decades, surpassing some treaties that were specifically aimed to ameliorate climate change impacts,” said co author Dr. Martin Jucker.

Looking ahead, co-author Prof Matthew England said, “The success of the Montreal Protocol demonstrates superbly that international treaties to limit greenhouse gas emissions really do work; they can impact our climate in very favourable ways, and they can help us avoid dangerous levels of climate change.

“Montreal sorted out CFC’s, the next big target has to be zeroing out our emissions of carbon dioxide.”