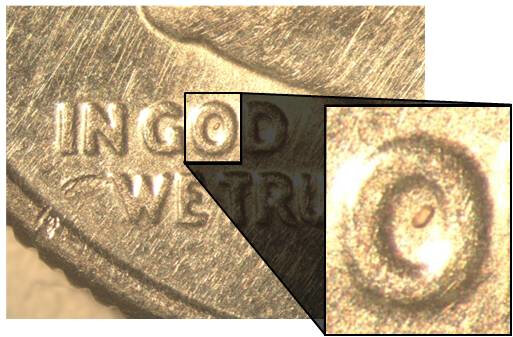 Deep within Earth, swirling liquid iron generates our planet’s protective magnetic field. This magnetic field is invisible but is vital for life on Earth’s surface: it shields the planet from harmful solar wind and cosmic rays from the sun.

Given the importance of the magnetic field, scientists have been trying to figure out how the field has changed throughout Earth’s history. That knowledge can provide clues to understanding the future evolution of Earth, as well as the evolution of other planets in the solar system.

New research from the University of Rochester provides evidence that the magnetic field that first formed around Earth was even stronger than scientists previously believed. The research, published in the journal PNAS, will help scientists draw conclusions about the sustainability of Earth’s magnetic shield and whether or not there are other planets in the solar system with the conditions necessary to harbor life.

“This research is telling us something about the formation of a habitable planet,” says John Tarduno, the William R. Kenan, Jr., Professor of Earth and Environmental Sciences and Dean of Research for Arts, Sciences, and Engineering at Rochester. “One of the questions we want to answer is why Earth evolved as it did and this gives us even more evidence that the magnetic shielding was recorded very early on the planet.”

Today’s magnetic shield is generated in Earth’s outer core. The intense heat in Earth’s dense inner core causes the outer core—composed of liquid iron—to swirl and churn, generating electric currents, and driving a phenomenon called the geodynamo, which powers Earth’s magnetic field. The currents in the liquid outer core are strongly affected by the heat that flows out of the solid inner core.

Because of the location and extreme temperatures of materials in the core, scientists aren’t able to directly measure the magnetic field. Fortunately, minerals that rise to Earth’s surface contain tiny magnetic particles that lock in the direction and intensity of the magnetic field at the time the minerals cool from their molten state.

Using new paleomagnetic, electron microscope, geochemical, and paleointensity data, the researchers dated and analyzed zircon crystals—the oldest known terrestrial materials—collected from sites in Australia. The zircons, which are about two-tenths of a millimeter, contain even smaller magnetic particles that lock in the magnetization of the earth at the time the zircons were formed.

Previous research by Tarduno found that Earth’s magnetic field is at least 4.2 billion years old and has existed for nearly as long as the planet. Earth’s inner core, on the other hand, is a relatively recent addition: it formed only about 565 million years ago, according to research published by Tarduno and his colleagues earlier this year.

While the researchers initially believed Earth’s early magnetic field had a weak intensity, the new zircon data suggests a stronger field. But, because the inner core had not yet formed, the strong field that originally developed 4 billion years ago must have been powered by a different mechanism.

“We think that mechanism is chemical precipitation of magnesium oxide within Earth,” Tarduno says.

The magnesium oxide was likely dissolved by extreme heat related to the giant impact that formed Earth’s moon. As the inside of Earth cooled, magnesium oxide could precipitate out, driving convection and the geodynamo. The researchers believe inner Earth eventually exhausted the magnesium oxide source to the point that the magnetic field almost completely collapsed 565 million years ago.

But the formation of the inner core provided a new source to power the geodynamo and the planetary magnetic shield Earth has today.

A magnetic field on Mars

“This early magnetic field was extremely important because it shielded the atmosphere and water removal from the early Earth when solar winds were most intense,” Tarduno says. “The mechanism of field generation is almost certainly important for other bodies like other planets and exoplanets.”

A leading theory, for instance, is that Mars, like Earth, had a magnetic field early on in its history. However, on Mars, the field collapsed and, unlike Earth, Mars did not generate a new one.

Earth’s magnetic shield is much older than previously thought