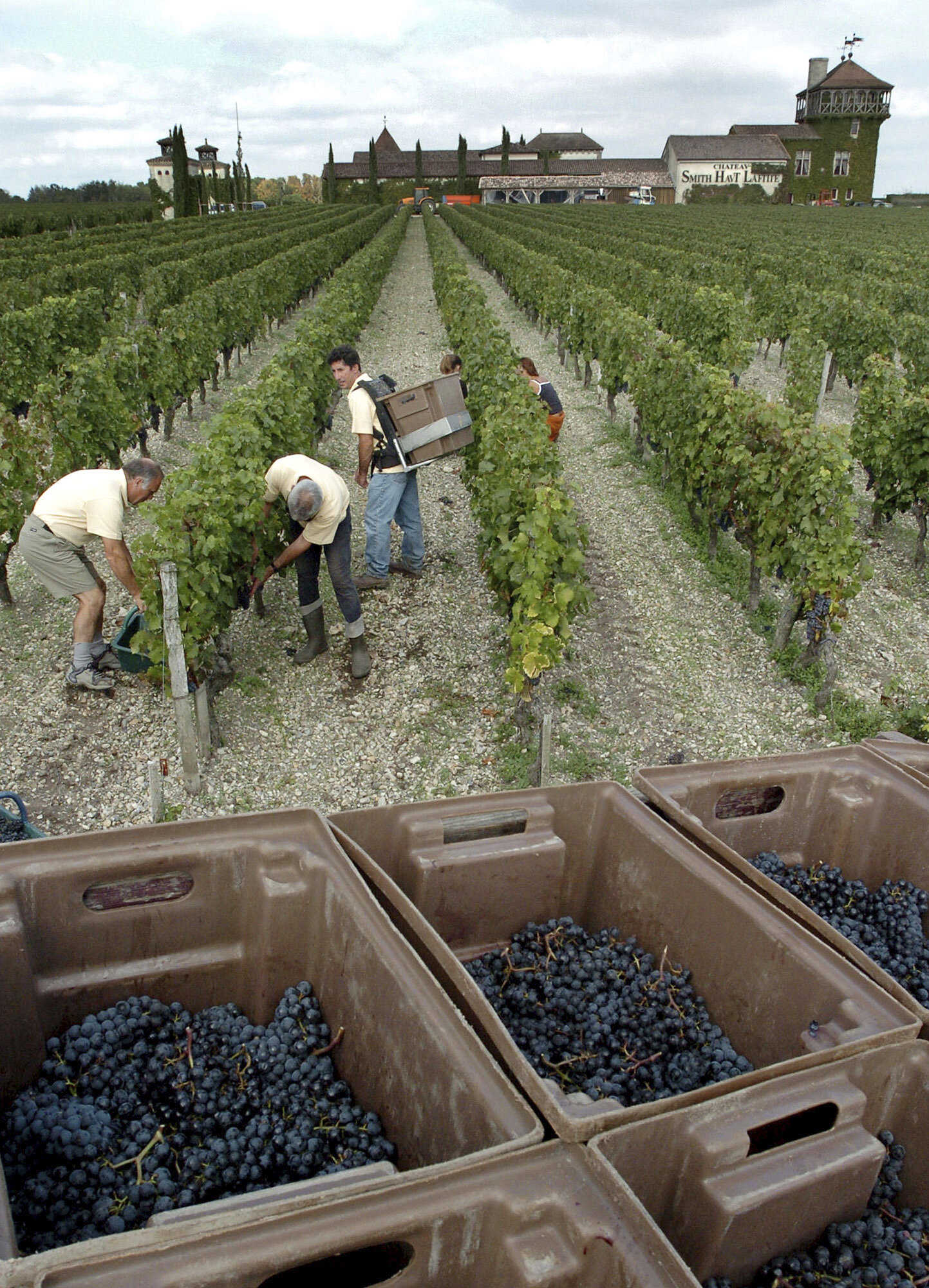 When tractors laden with pesticides and other chemicals start spraying the vineyards that produce fruity Bordeaux wines, Marie-Lys Bibeyran’s phone starts to ring.

“People call me and say, ‘I was on my terrace having lunch and we had to rush inside, the kids were in the swimming pool,'” says the Bordeaux vineyard worker who turned anti-pesticide campaigner after her brother died from liver cancer, a death she suspects was linked to agro-chemicals he sprayed as a wine-industry worker.

Amid rising concerns in France over the widespread use by its powerful farming industry of legal toxins, President Emmanuel Macron’s government is planning the enforced creation of small buffer zones to separate sprayed crops from the people who live and work around them.

People like Corinne Despreaux, a childcare worker who looks after babies and toddlers at her home in the Medoc wine town of Listrac, with vineyards that butt up against her garden.

She calls the tractors that rumble amid the vines “mosquitoes,” because of their long arms pockmarked with nozzles that spray chemical mists to keep the plants and their valuable grapes healthy and pest-free.

“I close all the windows and all the doors. I bring the washing in. I put the kids’ games away,” Despreaux said in a phone interview, as one of her four young charges, ranging in age from 6 months to 2 ½ years, mewed in the background. “It’s terrible.”

The government this week opened a three-week window of public consultation about its planned regulations that will take effect Jan. 1. It is proposing that crops treated with “the most dangerous substances” be separated from homes, schools and other workplaces by no-spray zones at least 10 meters (33 feet) across.

For other chemicals, there would also be 10-meter zones around high-growing crops, including vines and fruit orchards, and five meters across for cereals and other shorter crops.

The buffers could be shrunk further, to three meters for vineyards and short crops and five meters for tall crops, if farmers use cutting-edge spraying techniques, the government says. It invited public comment online, and said the distances could be modified as a result. A final government decision on their size is due by December.

While some environmental campaigners welcome the zones’ introduction, many said the proposed distances were ridiculously small.

“It’s to give the impression that something is being done,” Bibeyran said. “They won’t protect anybody.”

She spent 14 years working for a Listrac vineyard that sprayed with industrial chemicals, watching with growing alarm as flora and fauna disappeared. She now works in a vineyard in Margaux that farms organically, proudly declaring: “We have loads of insects.”

“The difference over 14 years was stunning,” she said. “It became rare to see a rabbit cross the vineyards or to see swallows.”

Jean-Marie Fabre, president of the Independent Winemakers of France, said no-spray zones risked becoming “sources of contamination that will spread diseases to the rest of the vineyard.”

“It would be the same as putting someone with the plague among people who have been vaccinated,” he said.

The policy could force farmers to rip out untreated vines and other crops, shrinking planted acreages and hurting their bottom-line, Fabre said. If the zones contaminate treatable areas, farmers may have to spray more than they do now, he added.

Urban creep into agricultural areas has exacerbated the conflict between farmers and their neighbors. Around Bordeaux, for example, families seeking space have moved in droves onto what used to be farmed lands, building homes amid vineyards.

Despreaux and her husband moved from Paris in 2002. She says they were unaware they’d be living cheek-by-jowl with farmers who spray.

“We were naïve,” she said. “If we had known there’d be these risks, we would never have come here. I regret it.”

Although agro-chemicals are officially certified, she doesn’t believe they’re safe and doesn’t trust government officials to stand up to the influence of agricultural lobbies. Tractors spray vines behind her house every two weeks, and sometimes every week, from April when the grapes form to September when they’re harvested, she said.

“It’s frustrating because the best period of the year, when it’s nice outside, is when we have to stay inside,” she said. “I don’t walk in the vines with the kids because it’s not possible. It puts them in danger. We live in the countryside but we don’t have the advantages of living in the countryside.”

Fabre said the onus should be on property developers to set up buffer zones around new buildings.

“The farmers didn’t move closer to houses, the houses moved closer to them,” he said.

He fears the consultation launched Monday will stoke public concerns about chemicals he insists are risk-free if correctly used, giving voice to “disinformation and even demagogy that will trump science.”

Campaigning with Bibeyran and others in a region where wine-producing chateaux underpin local economies and jobs, she says she’s treated “as a tree-hugger and a bit mad.”

“We’re not understood,” she said. “The chateaux have so much power. But we won’t give up and allow ourselves to be poisoned.”

Researchers develop a non-invasive test for smoke contamination in vineyards