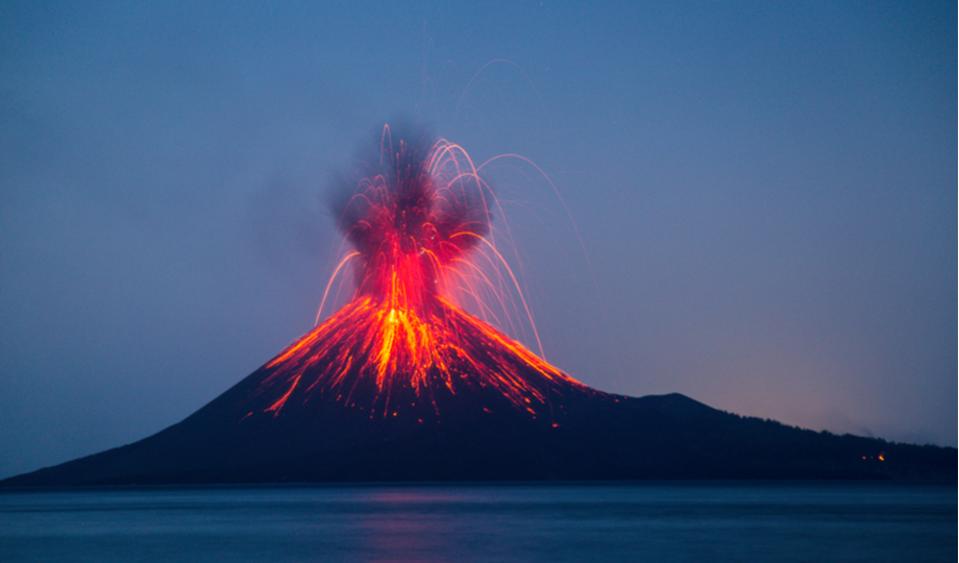 When the Anak Krakatoa volcano (also known as Anak Krakatau) erupted and partially collapsed into the ocean on December 22, 2018 it created a massive wave big enough to swamp the Statue of Liberty and perhaps even overtop the London Eye.

The tsunami wave traveled in a direction that took it a little while to reach land and by the time it hit the island of Sumatra it was just five to thirteen meters high. The wave still took people ashore by surprise and over 400 were killed as the waters rushed inland.

But new research published in Ocean Engineering finds that the devastation could have been far worse if the wave had traveled in the direction of closer shores.

“When volcanic materials fall into the sea they cause displacement of the water surface,” said Brunel University professor Dr. Mohammad Heidarzadeh, who led the study. “In the case of Anak Krakatoa, the height of the water displacement caused by the volcano materials was over 100 meters (m).”

The analysis performed by researchers from Brunel University London and the University of Tokyo showed that the wave started as high as 150 m. For reference, the full height of the Statue of Liberty is 93 m and the London Eye is 135 m.

The huge wave would have still been 80 m tall when it hit a small island just a few kilometers away from the volcano.

“Fortunately, nobody was living on that island,” said Dr. Heidarzadeh. “However, if there was a coastal community close to the volcano—say, within 5 km—the tsunami height would have been between 50 m and 70 m when it hit the coast.”

Anak Krakatoa had been built up over the years among the remnants of the larger Krakatoa caldera, which unleashed a massive eruption in 1883. At the time, it created its own large tsunami, which struck land at a maximum height of 42 meters, killing over 36,000 despite hitting coastal areas that were far less populated than today.

The new study used data from the Indonesian government’s wave gauges to confirm how computer models simulated the motion of the tsunami.

“We used that real data to make sure that our simulations are consistent with reality – it’s extremely important to validate computer simulations with real-world data,” said Dr. Heidarzadeh.

Remarkably, a 100-meter tsunami is just a fraction of the largest such wave to hit land. A wave reaching as tall as the Empire State Building hit the Gulf of Alaska in 1958.