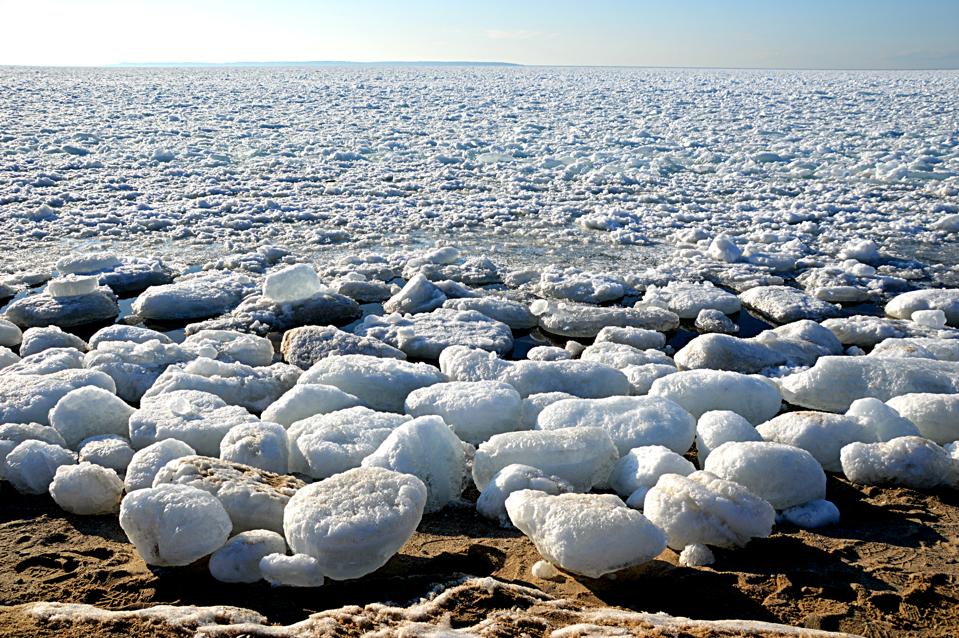 They’ve been spotted along a river in Alaska, on the beach in Finland and they regularly form along the shores of Lake Michigan.

Balls of ice that look as if they’ve been sculpted by hand are washing up in northern latitudes as cold winter weather takes hold.

Instagram user Tarja Terentjeff shared the below images of the ice spheroids on the shores of Finland’s Hailuoto Island, located in the Gulf of Bothnia. They appear to vary in size from that of small pebbles or eggs to bigger frozen boulders.

Meanwhile, on the other side of the Arctic, similar ice balls were spotted floating along the banks of Alaska’s Wulik River, which empties into the Chukchi Sea on the far Northwest corner of the state near Kivalina.

The National Weather Service shared a few photos of what look like giant, frozen boba on Twitter.

“We suspect a combination of strong waves and super cold water created these ice balls,” read the post.

While it’s interesting to see these odd formations on different sides of the globe in the same week, they’re not a new phenomenon. In fact, they appear nearly every winter along the shores of Lake Michigan.

The below video from 2017 shows some of the wave action that helps roll the balls around the shore, rounding off their edges and making them more spherical.

It makes sense to find these balls in lakes and rivers where freshwater freezes more easily than salt water. That makes the large ice balls spotted in Finland all the more impressive, but not unprecedented. Similar sightings have been reported in the past along the coast of Russia and elsewhere.