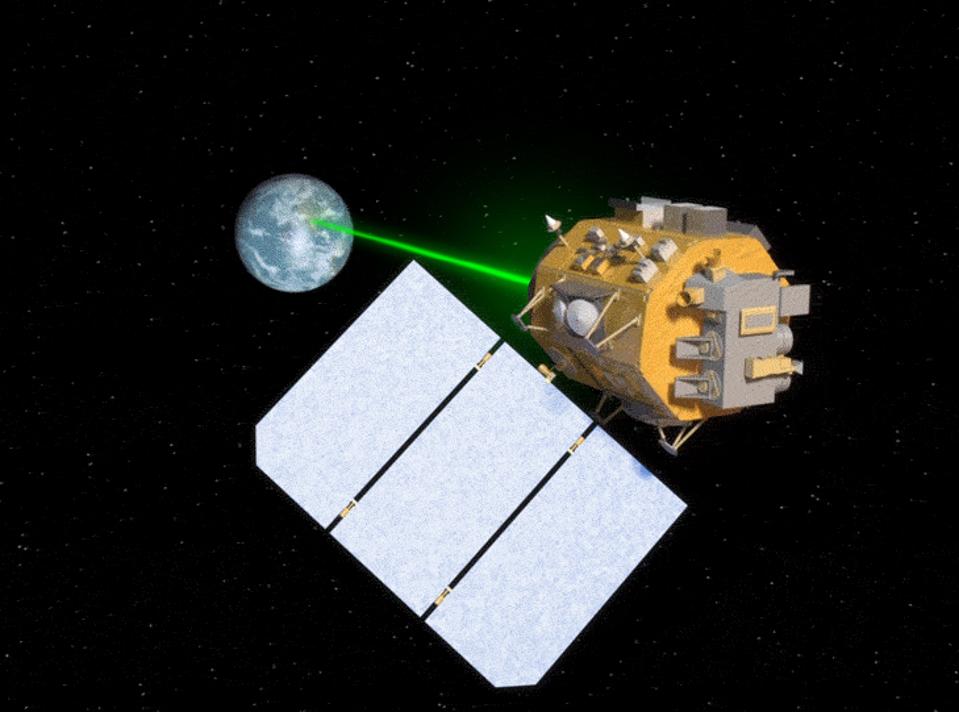 NASA just unveiled a new antenna that will help push a new era of ultra-fast “space broadband” that could make live TV transmissions from Mars a reality—and much, much more.

Today NASA breaks ground on a new antenna at the Goldstone Deep Space Communications Complex (GDSCC) its deep space communications hub in the Mojave Desert near Barstow, California. It’s an integral part of NASA JPL’s Deep Space Network (DSN), which is how engineers communicate with, and receive data from, its many robotic probes in the solar system and beyond.

Ever since its inception, NASA has used radio waves to send and receive data, which are very dependable, but slow. In fact, it’s rare for any spacecraft to send back images at more than a couple of megabits per second (Mbps). That’s dial-up speed, and it seriously hampers the exchange of scientific data.

There are three complexes in NASA’s Deep Space Network, each placed 120º from each other; California, Madrid in Spain and Canberra in Australia.

If all goes to plan it could mean the Deep Space Network being able to upgrade from slow radio transmissions to super-fast “space lasers” that could massively increase data rates to as much as 10 or even 100 times faster.

Photonics is simply the science of light generation, detection, and manipulation. Laser light travel in a much higher frequency than radio waves, so can encode more data. Optical communications see data encoded in photons and beamed over laser light, which vastly increases the data rate by a magnitude.

“A ‘space laser’ is a laser qualified to operate in the space environment,” said Abi Biswas of JPL, project manager for the Deep Space Optical Communication (DSOC) project, to Forbes last week. DSOC is the specific new laser communication technology that NASA is now working on. “They are important to NASA for space based science and technology applications such as ranging, time transfer, interferometry, spectroscopy and communications,” said Biswas.

What kind of things could ‘space lasers’ make possible?

“The primary importance of laser communications is increasing the rates and volumes of scientific data returned,” said Biswas. “For example, streaming back HD video can easily be enabled by laser comms.”

You won’t be able to see them; the lasers will be in the near-infrared region of the electromagnetic spectrum.

With data streaming from spacecraft much faster, scientists would be able to spend more time analysing data rather than wait for it to arrive. For landings and real-time events like dust storms, that could be critical. Laser communications should also mean that spacecraft can be more efficiency, use less energy, and therefore be smaller.

Why are ‘space lasers’ so hard?

Although the data rates are impressive, there are some issues with transmitting data via laser light. Lasers suffer from a lot of interference from Earth’s atmosphere, and there could also be issues with temperatures, the effect of space radiation on the hardware, and that equipment’s ability to withstand launch loads.

Could ‘space lasers’ be used on the International Space Station (ISS)?

“From ISS the typical contact to a ground station is 5-10 minutes, and over this duration multiple bi-directional HD video channels could be exchanged,” said Biswas. “Alternately, a slightly reduced data volume could be relayed back to Earth through a geostationary asset for a longer duration [of around] 45 minutes.”

What about the moon and beyond?

Real-time HD video ‘FaceTime’ will be impossible, but it’s pretty close. “For lunar distances multiple HD video channels with two-second latency could be established bi-directionally,” said Biswas. “This could aid virtual presence on the lunar surface, for example.”

For distant spacecraft data rates would be lower, with the round-trip of laser light taking tens of minutes to hours of latency, depending on the distance.

How fast would ‘space lasers’ be?

Here’s how fast JPL’s engineers are expecting “space lasers” to be:

Would live video feeds be possible from Mars, Jupiter and Saturn? How about from Pluto?

However, it could be tricky to use laser communications to follow a landing live from Mars. “Achieving this with direct to Earth (DTE) links seems risky to implement, but theoretically possible,” said Biswas. “Having an asset like a Mars telecom orbiter that provides relay services would make this more reliable.”

When will ‘space lasers’ be tested?

The launch of NASA’s Laser Communications Relay Demonstration (LCRD) was postponed to early 2021, but the agency has big plans. Its biggest test will come in 2022 when DSOC will form part of the exciting Psyche mission to study a giant metal asteroid called “16 Psyche” in the solar system’s asteroid belt. During that mission the spacecraft will communicate with Earth using laser communications. “An architecture that includes a ground laser beacon will be used to aid link acquisition,” said Biswas. “The flight terminal on-board Psyche will acquire the ground laser beacon and “lock” on it and then use it as a pointing reference to return the data modulated downlink laser.”

However, Psyche won’t reach its destination until 2026, so despite the hype, “space lasers” are destined to be a slow-burner.