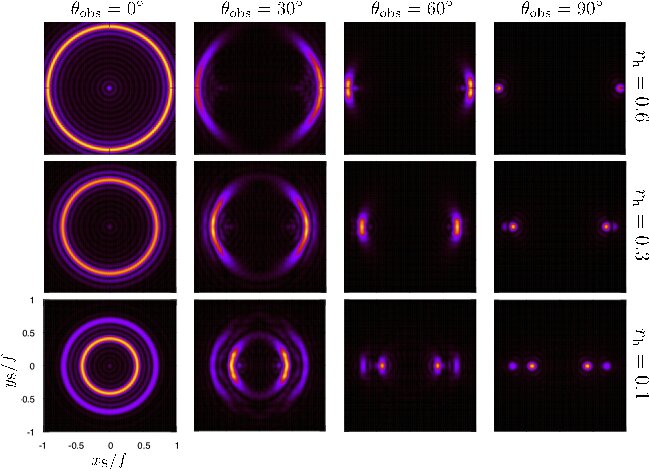 A research team from Osaka University, Nihon University and Chuo University has proposed a novel theoretical framework whose experiment could be performed in a laboratory to better understand the physics of black holes. This project can shed light on the fundamental laws that govern the cosmos on both unimaginably small and vastly large scales.

Recently, the world was transfixed when the first ever images of a black hole were released by the Event Horizon Telescope. Or, to be more precise, the pictures showed the bright circle, called an Einstein ring, made by the light that just barely escaped the grasp of the black hole’s immense gravity. This ring of light was due to the fact that, according to the theory of general relativity, the fabric of spacetime itself becomes so contorted by the mass of the black hole that it acts like a huge lens.

Unfortunately, our understanding of black holes remains incomplete, because the theory of general relativity—which is used to describe the laws of nature at the scale of stars and galaxies—is not currently compatible with quantum mechanics, our best theory of how the Universe operates on very small scales. Since black holes, by definition, have a huge mass compressed into a tiny space, reconciling these wildly successful but thus far conflicting theories is necessary to understand them.

One possible approach for solving this conundrum is called string theory, which holds that all matter is made of very tiny vibrating strings. One version of this theory predicts a correspondence between the laws of physics we perceive in our familiar four dimensions (three dimensions of space plus time) and strings in a space with an extra dimension. This is sometimes called a “holographic duality,” because it is reminiscent of a two-dimensional holographic plate that holds all the information of a 3-D-object.

In the newly published research, the authors, Koji Hashimoto (Osaka University), Keiju Murata (Nihon University) and Shunichiro Kinoshita (Chuo University) apply this concept to show how the surface of a sphere, which has two dimensions, can be used in a tabletop experiment to model a black hole in three dimensions. In this setup, light emanating from a source at one point of the sphere is measured at another, which should show the black hole if the spherical material allows holography.

“The holographic image of a simulated black hole, if observed by this tabletop experiment, may serve as an entrance to the world of quantum gravity” says the author Hashimoto. The researchers also calculated the radius of the Einstein ring that would be observed if this theory is correct.

“Our hope is that this project shows the way forward towards a better understanding of how our Universe truly operates on a fundamental level,” says the author Keiju Murata.