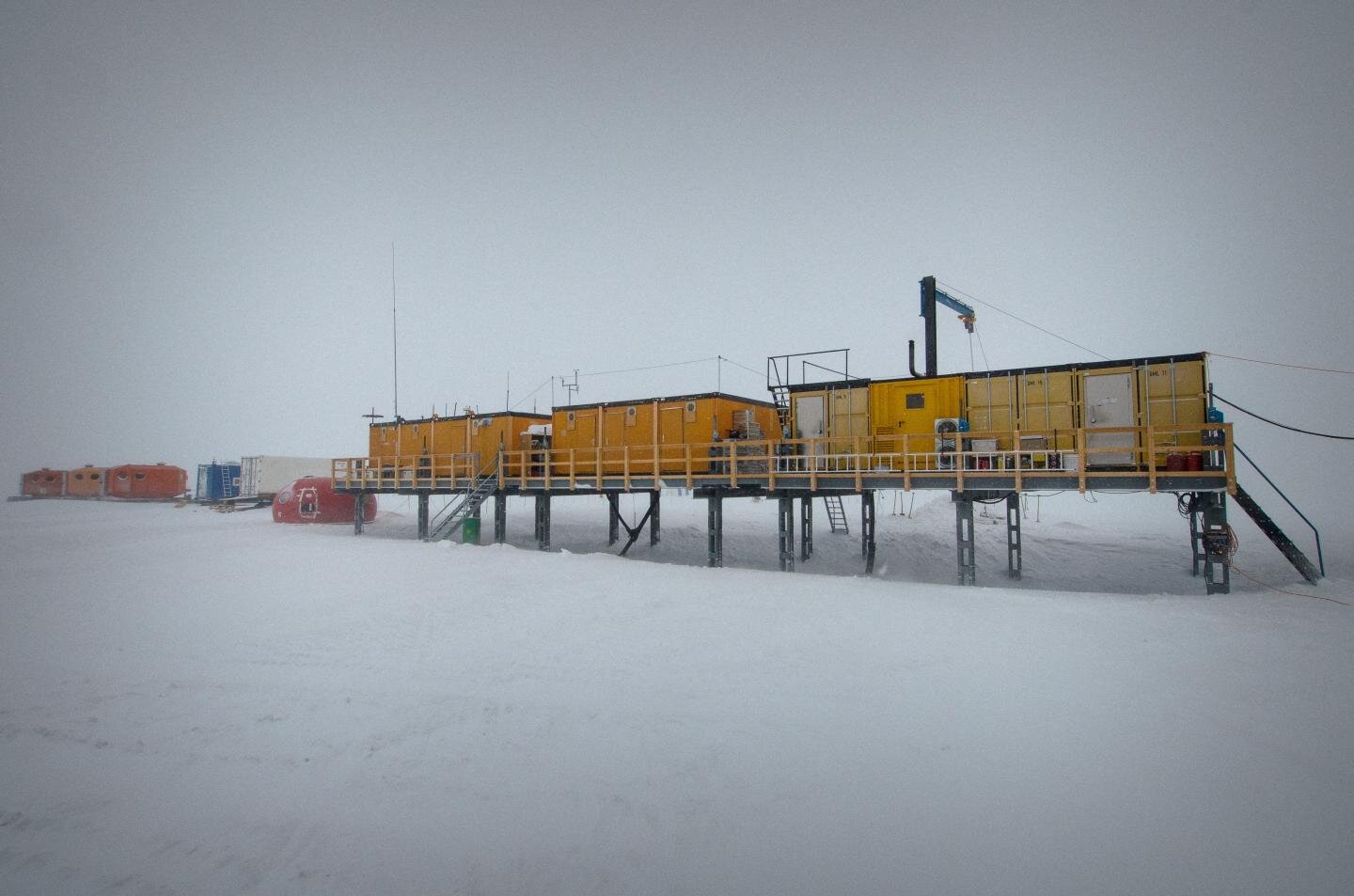 A team of scientists hauled 500 kilograms of fresh snow back from Antarctica, melted it, and sifted through the particles that remained. Their analysis yielded a surprise: The snow held significant amounts of a form of iron that isn’t naturally produced on Earth.

Other scientists had previously spotted the same rare isotope of iron in deep-ocean crusts. Called iron-60, it has four more neutrons than Earth’s most common form of the element. But the iron-60 in the crust likely settled on the Earth’s surface millions of years ago, as opposed to what was found in fresh snow in Antarctica that had accumulated over the past two decades.

“This is the first evidence that someone saw something that recent,” said Dominik Koll, a physicist at Australian National University in Canberra and lead author of the study. The team published their findings this week in the journal Physical Review Letters.

Outer space objects ranging from dust to meteors regularly fall to Earth, but they are generally made of the same materials as our planet, since everything in the solar system, including the sun itself, assembled from the same building blocks billions of years ago. Because iron-60 is not among those common materials, it must have arrived from somewhere beyond the solar system.

“An [interstellar] meteor is a very rare event. However, the smaller the object size is, the more abundant it is,” said Harvard astronomer Avi Loeb. Dust particles should rain down onto the Earth’s surface more frequently, but picking them out from the myriad other particles around is a daunting task.

But at the South Pole, researchers need to account for possible Earthly sources of the isotopes, such as from nuclear power plants and nuclear weapons tests. Koll and his colleagues estimated how much iron-60 could be produced by nuclear reactors, tests, and accidents like the 2011 disaster in Fukushima, and they calculated only a minuscule amount. By studying additional isotopes like manganese-53, they also ruled out any significant contributions from cosmic rays, which generate iron-60 when they interact with dust and meteorites.

What was left was hundreds of times more of the iron isotope than they expected. “That’s really overwhelming,” Koll said.

Bernhard Peucker-Ehrenbrink, a geochemist at Woods Hole Oceanographic Institution in Massachusetts, agreed that Koll’s team clearly found a significant amount of interstellar iron. “Making these measurements is very difficult. You’re essentially counting individual atoms,” while weighing the contributions from background radiation. “Extracting that from half a ton of ice is not a trivial undertaking,” he said.

Koll and his colleagues focused on iron-60 because it’s rare, but not too rare, and it has a long lifetime, with a half-life of 2.6 million years. Many other isotopes that could have arrived from interstellar falling rocks are so unstable, with such short half-lives, that there’s no way scientists could find them before they decayed away and disappeared.

Stars fling out a variety of tiny particles during their lifetimes, in addition to all the light and heat. But when the stars are younger, they’re generally throwing out lighter metals, like carbon and oxygen. (Astronomers tend to refer to everything bigger than helium as a “metal.”) Aging, massive stars and a certain type of supernova explosions, having spent many millennia fusing big nuclei into even bigger ones, can spew out particles of heavier metals, including iron-60 and its stable cousin, iron-56. Iron is usually the last element a star could produce while still generating energy, and after its last throes of life, it explodes. Only stars tens of times more massive than our sun could build iron isotopes, however, which means that the iron-60 found in Antarctica originated from outside the solar system.

“It must have been a supernova, not so near as to kill us but not too far to be diluted in space,” Koll said.

That implies that our planet probably picked up the stray particles while traveling through the Local Interstellar Cloud, also known as the Local Fluff. This 30 light-year-spanning region, which the solar system is currently passing through and just about to exit, likely formed from exploding massive stars blowing out the hot gases in their outer layers into space.

There are no supernovas going off now in our star’s neighborhood, however, making it tough to pin down exactly where the isotope-enriched dust came from. Koll hopes that more data, like ice cores that reach deeper and older dust, could add more to the story. Such research would probe further into the past and could reveal more precisely when this alien dust started peppering our planet.


This story is republished courtesy of Inside Science. Read the original story here. Used with permission. Inside Science is an editorially independent news service of the American Institute of Physics.