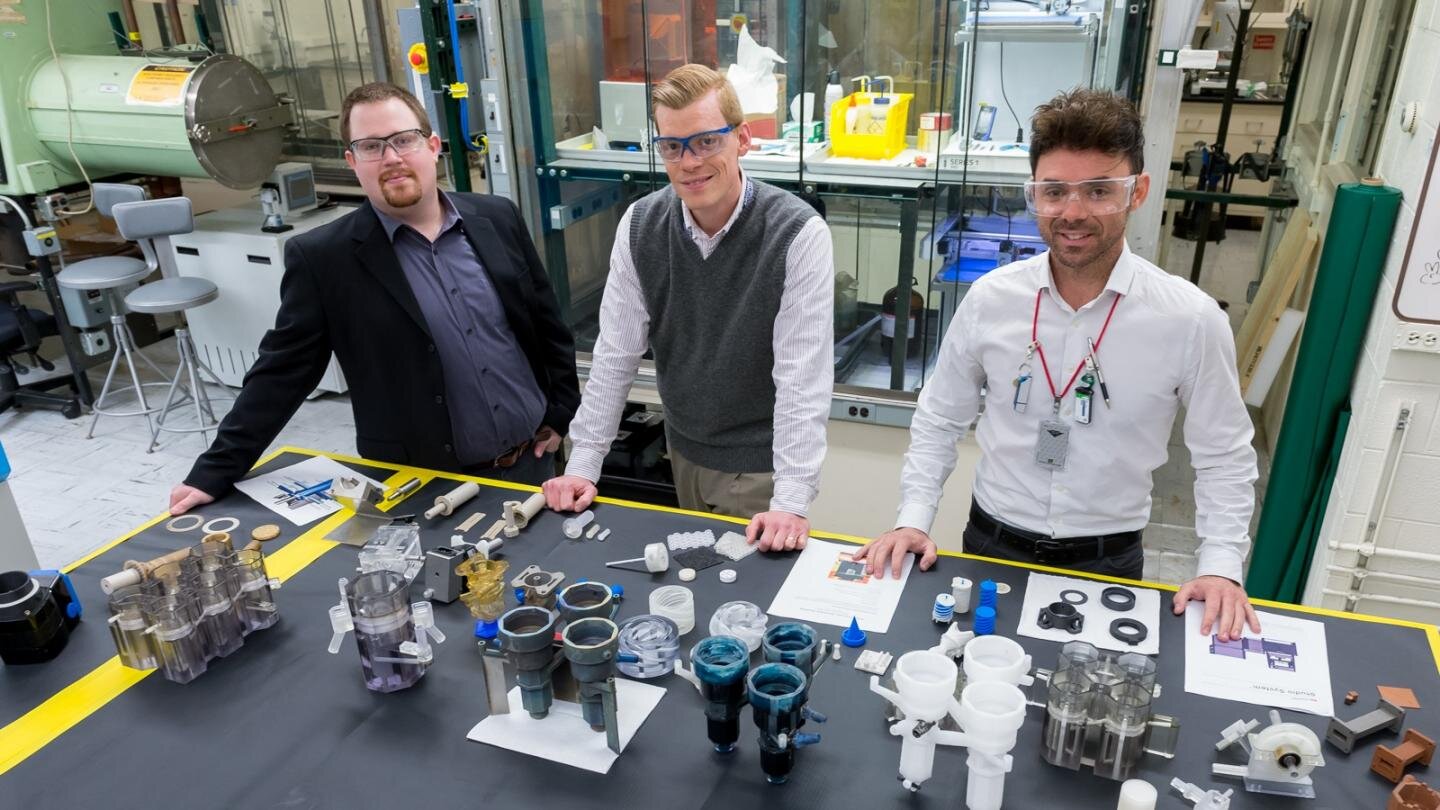 Astronauts now print their own parts in space to repair the International Space Station. Scientists at Harvard just discovered a way to print organ tissue an important step toward possibly creating 3-D-printed biological organs. These are just two examples of how 3-D printing, or additive manufacturing, is revolutionizing science and technology.

Advances in 3-D printing are also poised to transform the nuclear industry as scientists reap the benefits of creating flexible materials, parts and sensors layer by layer. Additive manufacturing can even help us recycle used nuclear fuel more efficiently, according to a new pivotal breakthrough by scientists at the U.S. Department of Energy’s (DOE) Argonne National Laboratory.

We can recycle waste from nuclear reactors in several ways, including one method developed by Argonne scientists in the 1970s. With these approaches, nuclear engineers can recycle 95 percent of the spent nuclear fuel from a reactor, leaving only five percent to be stored as long-term waste. But now, for the first time, Argonne scientists have printed 3-D parts that pave the way to recycling even more nuclear waste, as detailed in a Sept. 6 article in Scientific Reports.

At first glance, recycling another two percent of nuclear waste may not sound like much. But it would dramatically reduce both the amount of waste stored and the time it remains hazardous.

“Rather than store five percent for hundreds of thousands of years, the remaining three percent needs to be stored at a maximum of about one thousand years,” said Andrew Breshears, an Argonne nuclear chemist and co-author. “In other words, this additional step may reduce the length of storage almost one thousandfold.” And breaking down that nuclear material in a fourth generation fast reactor would generate additional electricity.

To accomplish this goal, Argonne scientists first had to separate the highly radioactive actinide isotopes americium and curium from the lanthanides, or rare earth metals, which, for the most part, are not radioactive.

Back in 2013, chemist Artem V. Gelis, now with the University of Nevada, Las Vegas, and his Argonne colleagues created a blueprint to recycle that extra two percent called the Actinide Lanthanide Separation Process (ALSEP).

Yet the team faced a common scientific challenge: how to convert their work from test tubes in a laboratory to a larger process that translates to an industrial scale. That’s where additive manufacturing came in.

The team redesigned the ALSEP process around devices that separate chemicals, called centrifugal contactors. Argonne engineer Peter Kozak printed several contactors and linked them together, turning a small (and slow) process into one in which scientists can separate actinides from lanthanides non-stop.

“This bridges the gap between separating the elements at the laboratory scale and at the industrial scale,” said Breshears.

To make this discovery, Argonne scientists began with simulated nuclear fuel from which uranium, plutonium and neptunium had been extracted via a modified Plutonium Uranium Reduction Extraction (PUREX) process. The team added this liquid mixture containing the americium and curium into one side of the row of 20 contactors. On the other side, the team added a blend of industrial chemicals that were designed to separate the actinides.

By following a 36-step separation blueprint, the scientists removed 99.9 percent of the actinides from the lanthanides. This was a striking feat because both sets of elements share similar chemistry. “Their oxidation states are the same, making them very difficult to separate,” said Breshears.

Along the way, the scientists found two additional benefits of using 3-D-printed parts. The first is that the contactors offered inherent safeguards against nuclear proliferation. The tubes that connect the 20 contactors run inside each device, making it more difficult to divert plutonium or other radioactive material from the process.

The second is that 3-D-printed parts are flexible. “If a part did fail, it would be easy to reprint and replace it. We could easily add or remove steps,” Kozak said.

While this advance is a step in the right direction, more work needs to be done. “Maybe we will find a new way to cut down on the size of the process,” said Breshears. “The greater we can separate the actinides, the more we can reduce the impact they have on the public and environment.”