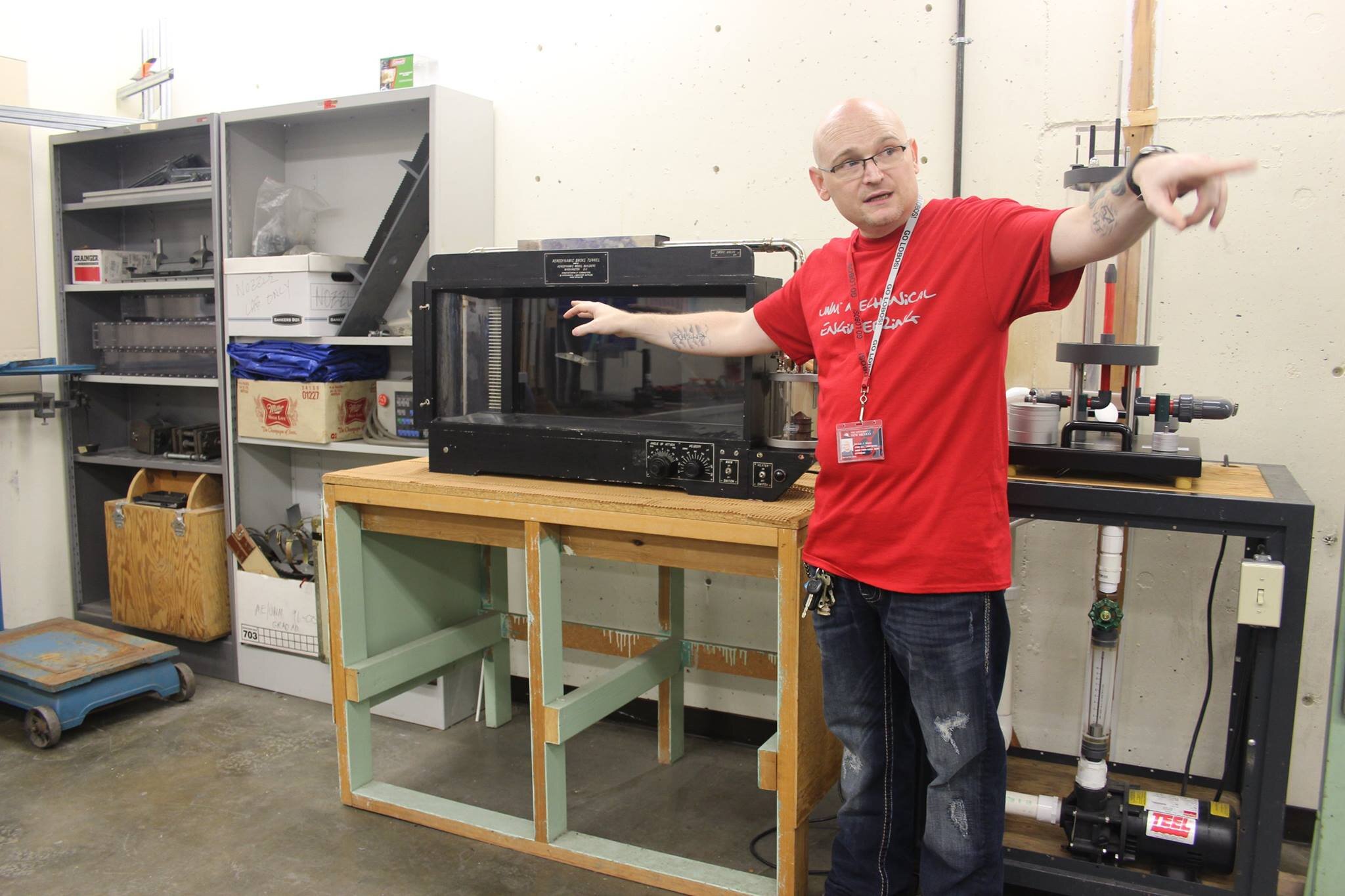 According to a new study led by a team from The University of New Mexico, centuries-old laws about the behavior of gas mixtures do not apply in the presence of shock waves.

This finding could have potential impact for everything that involves mixtures of gases exposed to a shock wave, for example, during combustion in an engine. This is also relevant for conventional and nuclear explosions, supersonic jets, gas-cooled nuclear reactor plants, and inertially-confined fusion.

The results were published this week in the paper “Dalton’s and Amagat’s Laws Fail in Gas Mixtures with Shock Propagation” in Science Advances.

The study, conducted at UNM, involved premixing two gases with dramatically different properties: light helium and heavy and viscous sulfur hexafluoride. The team characterized the properties of the resulting mixture, which agreed well with classical theory, then a shock wave was introduced, and the temperature and pressure of the shock-accelerated medium were measured over several milliseconds—a short time to think of in normal terms, but a long interval compared with the time scales associated with the shock wave passage. The researchers found that the temperature and pressure after the shock compression did not line up with what would have been expected from the predictions of either of the two classical theoretical laws—Dalton’s or Amagat’s.

French physicist Emile Hilaire Amagat’s law of partial volumes from 1880 states that the total volume of a gas mixture is equal to the sum of the partial volumes each gas would occupy if it existed alone at the temperature and pressure of the mixture. And in 1802, scientist John Dalton stated that the total pressure in a non-reactive gas mixture—at constant temperature and volume—is equal to the sum of the partial pressures of the component gases.

The reason for disagreements is that neither classical law can accurately describe what happens on the molecular level, he said. Simple considerations of time scales from kinetic molecular theory, and how they are affected by shock acceleration, appear to provide at least a qualitative explanation of the experimental observations. Vorobieff said that although this is a solid first step, the ultimate implications have not yet been determined, and much further study is required. Possible impacts could mean a design change in mechanisms like engines that take into account how shock waves affect the gas mixture properties.

“Our work has shown that classical gas mixture theory does not work in shock-accelerated and possibly other compressible flows,” Vorobieff said. “We must conduct experiments with more gas mixtures and a broader range of conditions to explore the scope of the problem and develop a theory explaining our observations.”

Provided by
University of New Mexico