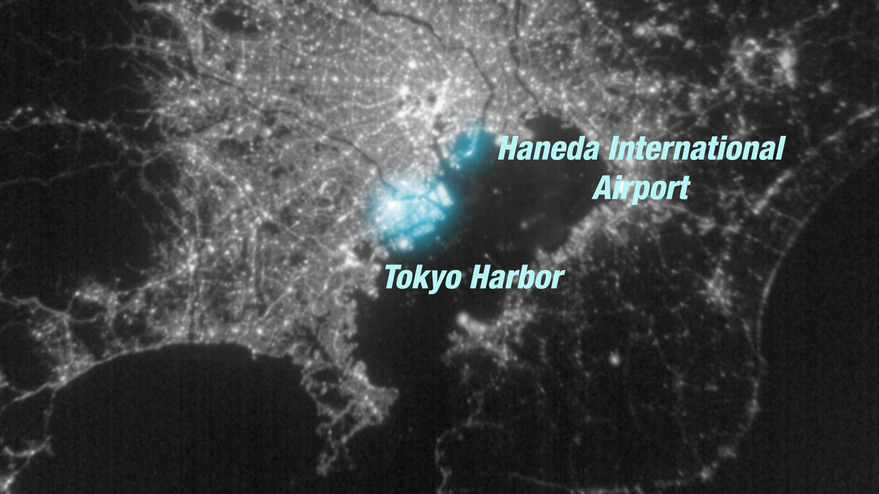 SAN FRANCISCO – The Aerospace Corp. showed it can capture high resolution nighttime imagery with three cameras that fit inside a single cubesat measuring ten centimeters on a side.

“We’ve got what we need to study cities at night and know where the clouds are,” Dee Pack, CubeSat Multispectral Observing System (CUMULOS) principal investigator and director of Aerospace’s Remote Sensing Department, told SpaceNews. “I don’t think anyone has done anything quite like this before.”

CUMULOS launched in 2017 on a Northrop Grumman Antares rocket, is equipped with one visible camera plus a short-wave infrared and a thermal infrared camera. CUMULOS takes up less than one-third of the Aerospace triple cubesat that houses Integrated Solar Array and Reflectarray Antenna (ISARA), a Ka-band communications system capable of transferring data at speeds of up to 100 megabits per second. The CUMULOS demonstration began in June 2018 when ISARA completed its demonstration mission.

“We wanted to assess low-cost, commercial-off-the-shelf uncooled infrared cameras for cloud monitoring,” Pack said. “That played in with my desire to image cities at night because you need to know when you have clear skies.”

“To come close to that, you would have to put up a lot of cubesats,” Pack said.

There are missions, though, that would not require a large constellation. “You might not need a swarm of cubesats to lay down a good baseline for what Earth’s major cities look like,” Pack said. “Once you have a baseline, you can look for change, economic growth, contraction or the effect of natural disasters on the power grid.”

The CUMULOS mission began when Pack realized the same precision attitude determination and control system required to keep ISARA’s laser pointed at a receiver on the ground to downlink data, could help a camera stare at a target on the ground. CUMULOS cameras focus on targets for up to half a second.

Next, Aerospace would like to build a more sophisticated cubesat to demonstrate additional multispectral mission capability, Pack said.

“Equipped with laser communications, we could map out all the urban lights over the course of a year or so,” Pack said. A follow-on mission could be automated, with the satellite capturing imagery of cities, fires, volcanoes. “That would be a lot of fun to try. I’m looking forward to pitching that to NASA or other research agencies,” Packs said.