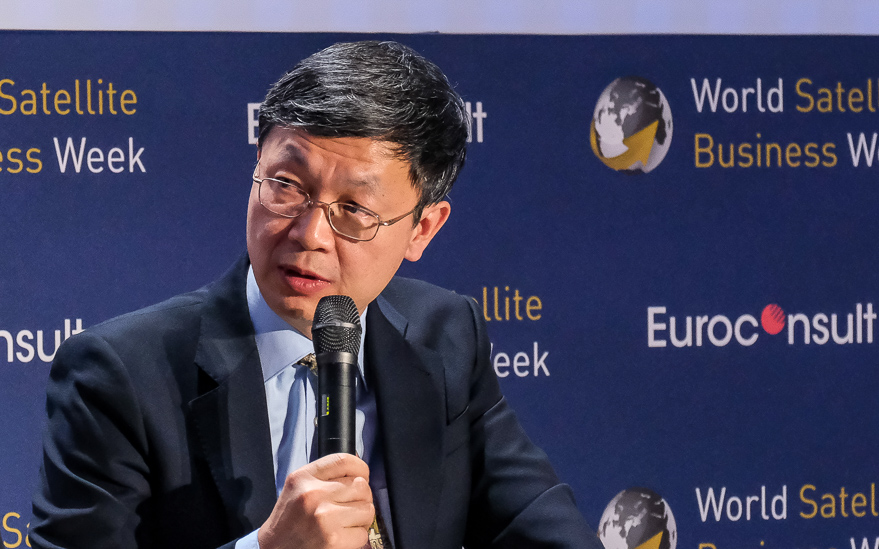 “The exact cause of the failure has been pinpointed,” Xing said Sept. 10 at the World Satellite Business Week conference here. A launch date has not been selected but will “probably be in this year,” Xing said.

The second launch of China’s Long March 5 carrying Shijan-18, an experimental communications satellite, failed in July 2017.  China’s State Administrator for Science, Technology and Industry for National Defense attributed the failure to a turbopump in one of the YF-77 first-stage engines.

If China does conduct a Long March 5 launch in 2019, it likely will be late in the year. First the rocket would travel to the launch site via cargo ships, a process that takes roughly two weeks. During the two previous Long March 5 missions, preparations at the launch site took another couple months.

China was barred from launching many large satellites due to U.S. International Traffic in Arms Regulations (ITAR), Xing said. Those regulations prevent the export of many satellites and satellite-related components.

“So we are focusing quite a lot on small satellites, which are beyond the control of the ITAR regulations,” Xing said. “This year we found more and more opportunities in China as well as with our customers all around the world.”

China also is developing a commercial communications constellation with more than 800 satellites, which will fly on Chinese rockets. “We are very determined to launch” the constellation, Xing said.

The final configuration of the constellation, including the exact number of satellites, has not been decided, Xing said. The constellation’s design is likely to be completed by the end of the year, he added.

SpaceNews correspondent Andrew Jones contributed to this story from Helsinki.