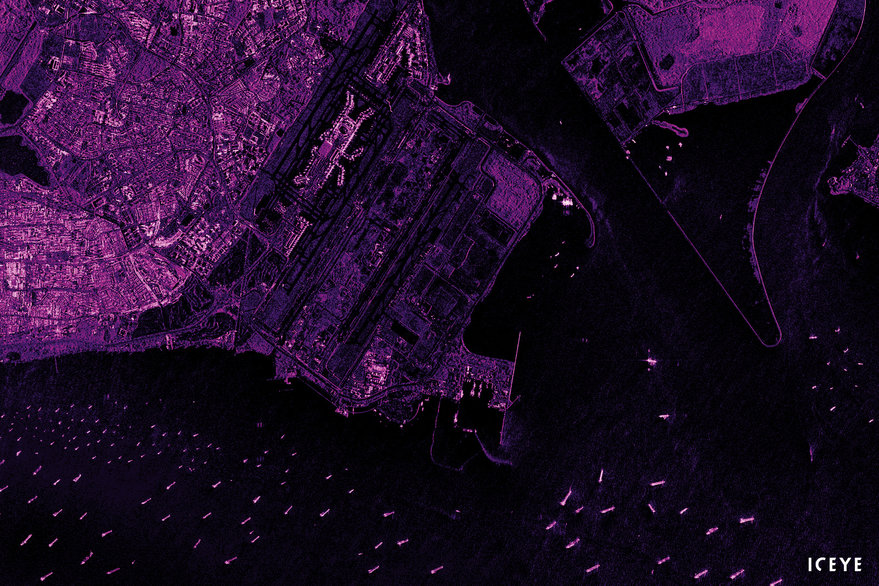 “For a significant majority of current SAR use cases, the timeliness of how fast you get your images can mean the difference between extremely useful and useless,” Rafal Modrzewski, Iceye CEO and co-founder, said by email. “Radar imaging is used primarily when data users need reliability for monitoring applications. Sub-15 minute delivery timelines for a long time have been the holy grail of the SAR industry.”

The number of radar satellites in orbit is expected to increase dramatically in the next year as companies large and small discover new applications for the imagery they can capture day, night and through clouds. Iceye, alone, plans to launch as many as five SAR satellites by the end of the year. As it builds new satellites, Iceye also has focused on improving its ground segment and customers the ability to process SAR imagery on-site.

For example, Modrzewski said customers focused on maritime safety will have confidence the vessels they are tracking have not moved far since the last images were captured. Likewise for emergency response, images obtained “as events are still unfolding rather than a few hours later can save lives,” he added.

Government and industry officials at the 2019 GEOINT Symposium in San Antonio said it takes anywhere from several hours to days from the time radar images are captured until they are processed and distributed. U.S. intelligence officials emphasized the need for speedy access to various types of imagery and data to track changing events on the ground.

Norway’s KSAT is the first Iceye partner to install the new SAR processor for direct downlink.

“We are excited to be working with Iceye to provide our customers enhanced capabilities in SAR imaging,” Jan Petter Pedersen, KSAT senior vice president, said in a statement. “The timelines involved in rapid imaging, downlinking and processing require new types of solutions. The combined SAR Ground Segment of Iceye and KSAT is here to change the way customers think about the timeliness of the data they can use.”