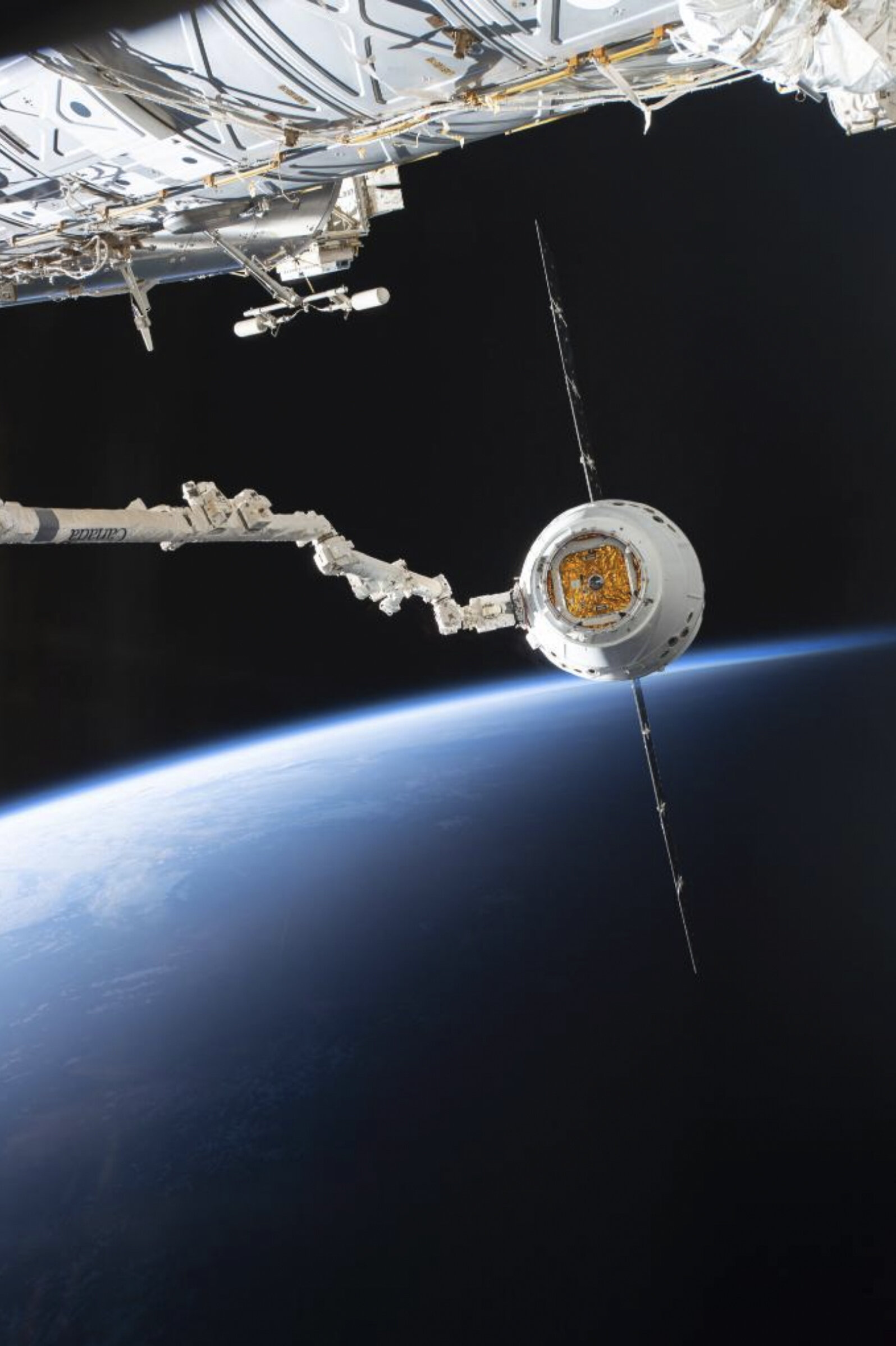 SpaceX made an early holiday delivery to the International Space Station on Sunday, dropping off super muscular “mighty mice,” pest-killing worms and a smart, empathetic robot.

The station commander, Italy’s Luca Parmitano, used a large robot arm to grab onto the Dragon three days after its launch from Cape Canaveral. The two spacecraft soared 260 miles (420 kilometers) above the South Pacific at the time of capture.

“Whenever we welcome a new vehicle on board, we take on board also a little bit of the soul of everybody that contributed to the project, so welcome on board,” Parmitano told Mission Control.

The capsule holds 3 tons (2,720 kilograms) of supplies, including 40 mice for a muscle and bone experiment. Eight of them are genetically engineered with twice the normal muscle mass—and so are considered “mighty mice.”‘ There also are 120,000 roundworms, or nematodes of a beneficial variety that are part of an agricultural study aimed at controlling pests.

The capsule also has a large, round robot head with artificial intelligence and the ability to sense astronauts’ emotions. Named Cimon, it’s an improved version of what flew up last year to be tested as an astronaut’s helper.

NASA has tucked some Christmas presents in the shipment for the station’s six-person crew, as well.

It’s SpaceX’s 19th delivery to the orbiting outpost for NASA over the past seven years.

The astronauts have another delivery coming Monday—this one launched by Russia from Kazakhstan on Friday.